It was a wet spring morning when I met Teresa Kurtak at Fifth Crow Farm, just outside of Pescadero. When I arrived she was still busy dropping her kids at school. I made small talk with the rest of the staff at the farm’s office and waited for the morning’s meeting to begin. As soon as she arrived, the team got right down to business.

Much of the conversation that morning was focused on the challenges of the wet season and the relentlessness of the weather forecast. This spring was unusually wet for this part of California. And though most of us celebrated an abundance of water after five years of serious drought, farming is difficult after so much rain as fields flood and crops drown. 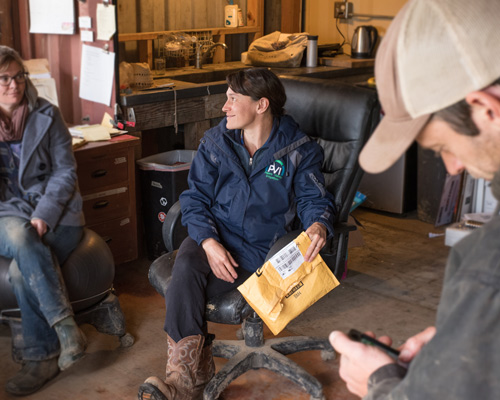 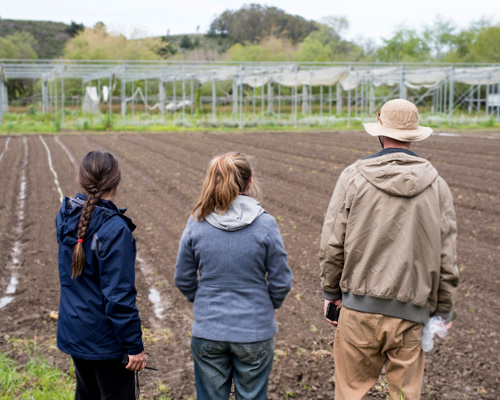 Teresa would later tell me that she never expected to become a farmer. Growing up on a small family farm in northeast Washington, she had seen her parents struggle to make a living. That life, she thought, just wasn’t for her. But here she was, leading the team’s meeting and setting the vision for another day of soggy coastal farming.

We left the comfort of the farm’s office an hour later to begin making the rounds. Aside from the wet weather, it was another typical spring morning with Teresa leading a small group of staff through the fields to decide what was ready for harvest, what would go in the CSA boxes and what to display at the next farmer’s market. 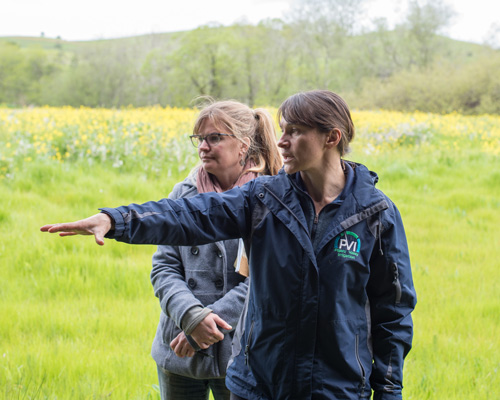 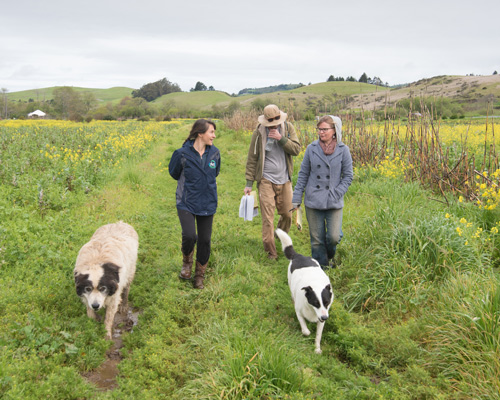 As we moved around the farm, Teresa would stop to interact in both English and Spanish with her employees. I watched as she switched between farmer, accountant, marketer, botanist, advocate, friend, parent and mentor. Her life is a complicated juggling act and she makes it look easy.

Teresa co-owns Fifth Crow Farm along with her husband, Mike Irving, and their longtime friend John Vars. They met as students of the UC Santa Cruz Center for Agroecology and Sustainable Food Systems program and bonded over likeminded ideals of an improved food system and farming in a way that is both socially just and respectful to the land. 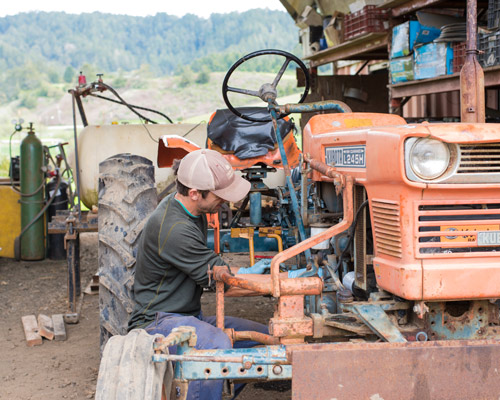 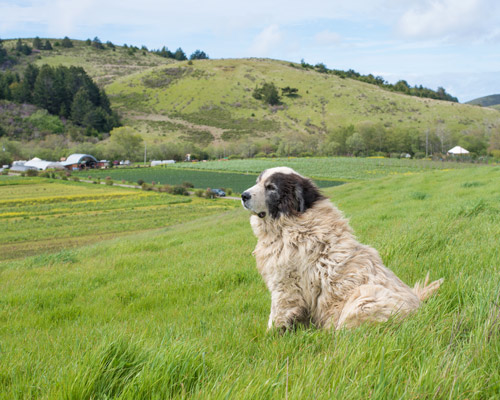 Farming on the San Mateo Coast didn’t seem like a reality for these optimistic young farmers. The cost of land in the area discourages most farmers from even trying to plant roots there. As a result, there is a very real threat of losing the coast’s agricultural heritage.

But in 2008, Teresa and her partners were invited to dinner to meet Donna and Gene Richeson, owners of Double Dog Ranch near Pescadero. At that time, the Richesons were looking for a farming tenant to work a small portion of their land. They wanted to find young farmers with integrity, vision and the tenacity to not give up when things got hard. 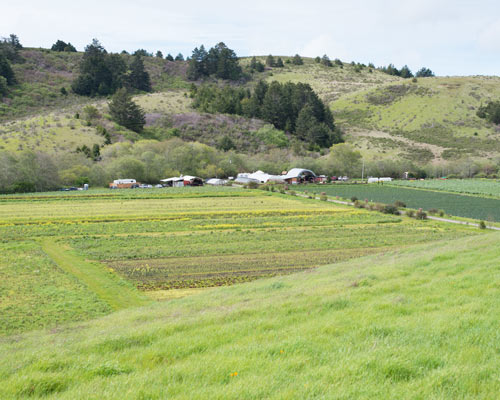 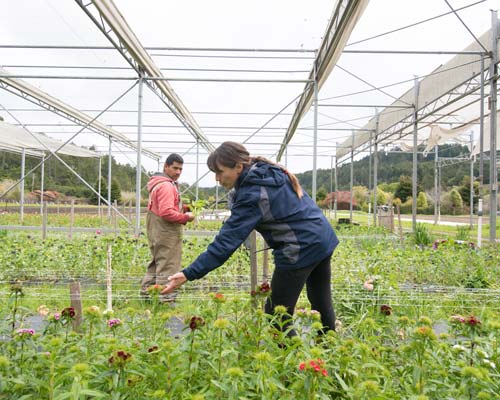 What Teresa didn’t know that night was that this was just the beginning of a great friendship and business arrangement. Within a month, Teresa and her partners had signed a lease agreement with the Richesons, laying the foundation for what would become Fifth Crow Farm.

And the stars have continued to align since then.

Recently, the Richesons donated a 102-acre agricultural conservation easement to POST on the portion of their land that Fifth Crow currently operates. This donation restricts development on their land in perpetuity and requires continued agricultural use. What is truly exceptional is that this generous gift reduces the property’s value and makes it more affordable for farmers. 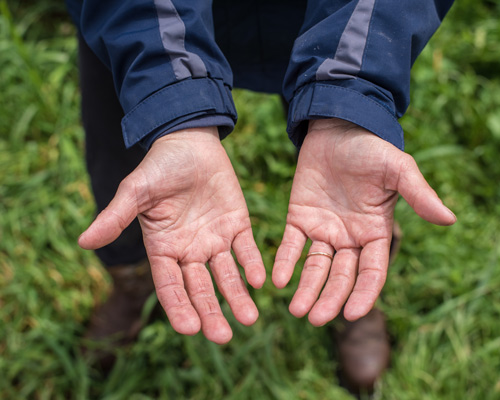 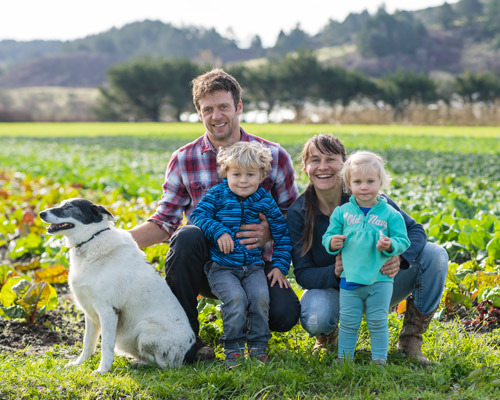 With an agricultural conservation easement in place, Fifth Crow Farm will have the security of knowing this land will always need farmers like them who provide so many benefits for the local community and the environment.

Toward the end of my visit, I was lucky to find half an hour on Teresa’s busy schedule for a sit-down interview. The conversation focused mostly on how she got to this point in her life. Deeply rooted in her is an eagerness to make positive change and influence a crippled food system. Farming for her has become more than a way of life, more than a business—it’s a vehicle for that change.

And she’s got work to do.

Why Are There Cows in Our Open Spaces?

Pumpkin Patches on the Peninsula and in the South Bay

Leaning on Local Farms Amid a Crisis