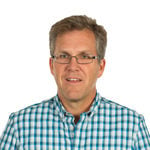 I lay awake last night listening to the quiet.

No cars accelerating at the stop sign. No warning whistle from one of the last trains headed down the Peninsula. No sound of jet engines as the commercial planes line up for their approach to SFO. No neighbors returning home at the end of a late evening. It was very still with us all hunkered down in our homes.

During the day, the shelter in place order and five-mile travel limitations have dramatically reduced the amount of vehicular traffic. The air is cleaner, and it is safer to travel through my neighborhood on foot or bike. I exchange more waves with neighbors when one of us steps into the street to respect social distancing. Cars slow down to allow me space to veer my bike out into the road to pass safely around a family walking on the side of Edgewood Road.

When the parks started to close a few weeks ago, I was severely disappointed. For decades now, my regular routine has been hiking several times a week at local parks like Edgewood Park and Pulgas Ridge Open Space Preserve with friends and family. It was not only a chance to connect with loved ones, but also time to clear my head with broader horizons after the confines of the office. I so look forward to a return to that part of my life that I know is a privilege but have come to realize is also essential to my health and wellbeing — it is room to breathe. 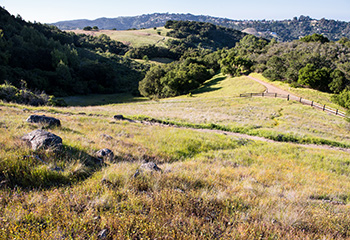 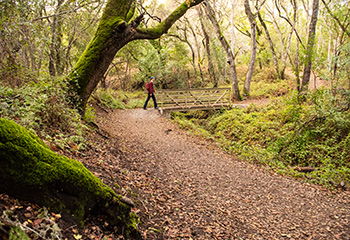 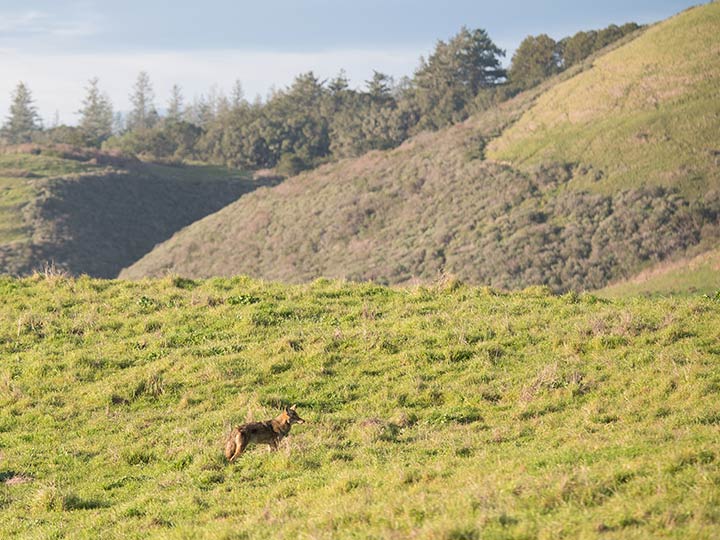 When I first started at POST 25 years ago this June, I had not spent a significant amount of time in the wild. I was wary of an encounter with a rattlesnake. I felt I was in their territory and was threatened by their existence. A quarter-century later after numerous encounters with rattlesnakes, I realize that like almost all animals, if given space to escape, they will. There is no evolutionary purpose in a rattlesnake attacking someone they can’t eat who is likely to injure or kill them. When I pause or step aside to let them continue on their way, they do.

If there are any silver linings to the disorienting and scary times we are currently experiencing, I believe one of them is that wildlife has had a chance to live, however briefly, without the constant influx of humans into their domain. The air is clearer in large cities — in India, this has meant being able to see the Himalayas for the first time in decades. Sounds and sights of wildlife are more apparent in urban areas. Humans have paused and stepped to the side to allow wildlife space for a few months.

It’s been especially fun to see that wildlife has reclaimed Yosemite Valley, one of our most visited national parks. By one estimate, the number of black bears on the valley floor has “quadrupled” in recent days. I can imagine what a sight it must be, with the creeks swelling as the snow melts and the waterfalls in full effect.

This time away from “normal” has deepened my appreciation for the places that offer us all room to breathe; for the important places in our lives that we all share — our greatest national treasures. And, most keenly, I feel a deepening sense of purpose in fulfilling POST’s mission to protect open space for the benefit of all.

POST has worked for over four decades to provide space for wildlife on the Peninsula and in the South Bay in the belief that the same conditions that allow nature to thrive allow us to thrive. That if animals have room to breathe, so do we.

Finding Grounding and Gratitude in the Signs of Spring

What’s A Forest Bath (And Why You Need One)

Leaning on Local Farms Amid a Crisis