Join Peninsula Open Space Trust (POST) and Midpeninsula Regional Open Space District (Midpen) as we co-host the Wild & Scenic Film Festival Virtually! In honor of Earth Day we are launching a four week series to enjoy on demand in the comfort of your own home. Festival-viewers can expect to see award-winning environmentally inspired short films, and have the opportunity to learn more about POST and Midpen’s work here on the Peninsula and in the South Bay.

The Wild & Scenic Film Festival is the largest film festival of its kind, showcasing the best and brightest in environmental and adventure films, and inspiring a love of nature. The event is free and it’s easy to participate, just register below! Once you’ve signed up, each Wednesday you’ll receive an email from POST with a link and password to watch the films. You’ll then have until the following Sunday to view the films.
This event is part of POST’s community event series. These events are open to the general public as well as POST donors alike, and we hope you will join us! We also curate a separate series of private events for our donor community as well. Find out more about how you can support POST here: openspacetrust.org/support

Thank you to our Sponsor:

ONE WORLD provides organizations training and capital to profitably increase their social impact.

About the Film Festival

Our festival will include some of the very best and highly acclaimed films that are part of the Wild & Scenic film festival. Our film selections focus on themes related to POST and Midpen’s work on public access, sustainable agriculture, as well as protection of natural resources such as forests, wildlife, and water resources. 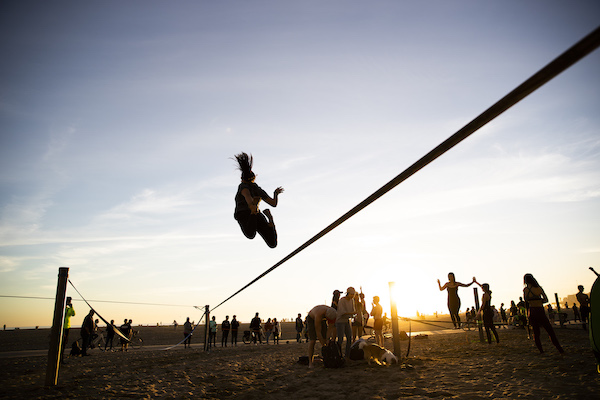 Where the Wild Things Keep Playing

An ode to the athlete who relishes in getting dirty, who chuckles after a long day in the mountains, effortlessly glides through the crystal clear waves and most importantly, is unapologetic in pursuing their love of getting rowdy in adventures. Director Krystle Wright brings this next installment since the wild things never stopped playing. 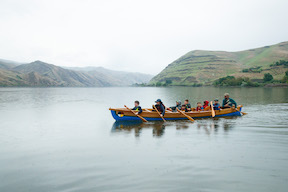 Fourth-grade students from Palouse Prairie Charter School (PPCS) in Idaho share their experience building Blooming Culture, a canoe that combines European and Indigenous styles. Students and traditional canoe families paddle together to acknowledge the colonization of indigenous peoples and celebrate our hopes for a continued confluence of cultures. Avery Caudill is a PPCS graduate and made this film in his transition from high school to college.

In an effort to restore the role of Native people as land stewards and mitigate the threat of wildfires, UC-Davis professor Beth Rose Middleton Manning fires up a hands-on lesson in cultural burning. Tribal Chairman Ron Goode leads students in an immersive experience preparing the land, igniting the fire, and carrying out indigenous traditions that have restored California landscapes for centuries.

Raccoon and the Light

A raccoon finds a flashlight in the woods!

East Detroit urban beekeepers Tim Paule and Nicole Lindsey are a young couple working to bring diversity to the field of beekeeping and create opportunities for young Detroit natives to overcome adversity. Detroit ranks fourth in the United States for the most vacant housing lots with well over 90,000 empty lots to date. In an effort to address this issue, Detroit Hives has been purchasing vacant lots and converting them into buzzing bee farms. ‘Detroit Hives’ explores the importance of bringing diversity to beekeeping and rebuilding inner-city communities one hive at a time.

This heartwarming film tells the story of the first person with autism to hike every trail in the Great Smoky Mountains National Park, Garan Moore. His mother, Theresa, shares their story of a journey for weight loss that developed into a passion for hiking – and 900 miles later…one historic achievement.

A Walk Through the Land of A Thousand Hills

Claver Ntoyinkima, a native park ranger, shares the secrets of Nyungwe National Park in Rwanda as he guides us through the forest. With almost 300 bird species, over 1,000 plant species, and dozens of large and small mammals, Nyungwe is one of the most biodiverse places in the world. Twenty-five years after the devastation of the Rwandan Civil War, the park is now one of the best-conserved montane rainforests in Central Africa. As Claver walks through the forest we uncover the origins of his conservation values and the history of an ecosystem that survived one of Rwanda’s darkest periods.

Made with no flights, recycled footage, and zero net carbon. Given away for free. Viewed 53 million times, played to the United Nations. This film is a personal and passionate call to arms from Greta Thunberg and George Monbiot to use nature to heal our broken climate. 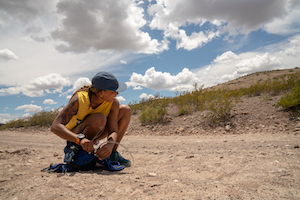 Runner and advocate Faith E. Briggs used to run through the streets of Brooklyn every morning. Now she’s running 150 miles through three National Monuments that lie in the thick of the controversy around United States public lands.

Since 1973, the National Brotherhood of Skiers has overcome barriers by bringing soul and smiles to the mountain. Formed during the height of the black power movement, the organization is dedicated to creating a welcoming space for people of color on the slopes and supporting black youth in snowsports

A crucial coalition comes together to protect the tiny but precious Cook Islands, going beyond citizen activism to cultivate robust legal standards for the protection of their native islands.

Every nine minutes, the weight of a blue whale (300,000 pounds) in plastic makes its way into our ocean. To call attention to this, the Monterey Bay Aquarium built a life-sized replica of a blue whale made of single-use, locally sourced plastic trash. Certified by Guinness World Records, the whale is the largest sculpture of its kind ever built.

The film tells the story of a blind travel writer who goes foraging and diving with the world’s first sustainable sushi chef, in search of enlightenment and a new way to see the world.

With an endless supply of fruit snacks, plenty of extra underwear and a pile of old photographs, two parents set out to retrace the route of an old adventure, this time with a two-year-old in tow, hoping to inspire the next generation to care about wild places.

In New Zealand, Yellow-eyed Penguin numbers have dwindled. Finding these penguins in the dense bush to monitor and conserve the population is tricky. But former ranger Leith Thomson has a way – Sniper. She is one of the 80 certified Conservation Dogs in New Zealand. Now every penguin counts… and Sniper is on an adventure to protect these critically endangered birds.

Nigerians Fight to Protect the World’s Most Trafficked Mammal

Pangolins are believed to be the most trafficked mammals in the world. As the four Asian species of pangolins have dwindled, poachers are increasingly turning to the African species to supply the trade. In this short film, meet the bold Nigerians who are fighting to protect this gentle and vulnerable creature.

This is the remarkable story of the decade-long effort by the Nevada Department of Transportation (NDOT) and its partners to improve human safety by re-connecting a historic mule deer migration that crosses over both US-93 and I-80 in rural Elko County, Nevada. Witness the wildlife crossing structures along I-80 from construction to the restoration of safe passage for migratory mule deer to more than 1.5 million acres of summer and winter habitat.

Daniel: A Cyclist with TBI Making a Difference

Every day (and, we mean every day) you can see Daniel riding his bike along Highway 50. And, while he’s out there, he’s picking up trash and doing his part to make the Lake Tahoe area better for everyone. That is an amazing story in and of itself. But it is even more incredible when you learn that Daniel nearly died as a child from a fall and was in a coma for 8 months, and although he still suffers from traumatic brain injury (TBI), that hasn’t stopped him from making a difference.

In honor of the 50th anniversary of the Wild and Scenic Rivers Act, Senator Tom Udall, Ted Roosevelt IV, American Rivers President Bob Irvin, and river guide Austin Alvarado provide insightful commentary on the state of river conservation. Set on the Rio Grande in Big Bend NP, this is a powerful call to action to protect our remaining wild rivers.

North Texas couple, Deborah Clark and Emry Birdwell, let nature dictate how they graze their cattle. They are having tremendous success in regenerating their land and their lives; providing a healthy habitat for migratory birds while raising one of the largest herds of cattle in Texas.

Prepare to be swept off your feet and placed on top of a mountain that was not accessible to the public for over 60 years. The mountain is Mt Umunhum which stands 3,486 feet tall between San Jose, California and the Pacific Ocean. To restore the top of Mt Umunhum and open it to the public, Midpeninsula Regional Open Space District collaborated with the Amah Mutsun Tribal Band with an open mind and open arms. The results of this collaboration are deeply meaningful for those involved, and they are visually stunning for anyone who visits the peak of Mt Umunhum. This film will inspire you to think about the land under you and how you can contribute to its restoration and healing.

Peninsula Open Space Trust protects and cares for open space, farms and parkland in and around Silicon Valley. Since 1977, POST has protected over 76,000 acres in San Mateo, Santa Clara and Santa Cruz Counties.

Midpeninsula Regional Open Space District is an independent special district in the San Francisco Bay Area that has preserved a regional greenbelt system of over 63,000 acres of public land and manages 26 open space preserves.