I met Jose Ramirez for the first time in the gravel lot in front of his tin-sided warehouse in Pescadero, CA. He’s the type of guy who gives strong handshakes and looks you straight in the eye when he speaks. His hands looked strong and you could tell that through time they’d come to know this land.

Jose is one of the few first-generation Mexicans to own and operate a farm on the San Mateo coast. His is a quintessential American story of grit, entrepreneurship and a little bit of luck.

At 15 and alone, Jose immigrated from Mexico and traveled to Pescadero, CA to live with an uncle and older brother. He found work with a local flower and vegetable grower and spent the next 20 years climbing the ranks of the operation, learning the business and eventually managing the operation as their foreman.

Working for someone else wasn’t enough for Jose. He wanted to be his own boss and call his own shots. After 20 years, he decided to pursue his own path in farming.

With a friend, Jose leased a small plot of land on Noel Dias’ ranch just east of town. The business started small, but with time and effort it grew. Eventually, he was able to support his family solely with this new business.

A few years later, Noel passed away and the family decided to sell the 903 acre property. That decision put the land and Jose’s growing farm business at risk of being lost to developers wanting to convert the land to luxury estates.

In 2012, POST stepped in to protect the land from development and keep it in agricultural production, forever. The tide changed for Jose. He found himself with a new landlord and one that wanted him to stick around long-term.

When asked if having POST as a landlord has changed his business, Jose responded, “You know, other private owners, they don’t let you do things – they’re not for the farmer. POST gave me the opportunity to make an investment here. It’s not year to year. I feel good with POST, it was a big change, a good change.”

Jose is now leasing 25 acres of farmland on what is now POST-protected Butano Farms. With POST as a landlord, Jose can make long-term investments on this land. He’s planted rosemary and olallieberries, two perennial crops that take time to mature. He’s installed water-saving drip irrigation and deer fencing to protect the perimeter of his fields and to protect his investments. And, most recently, he made the transition to organic, primarily, as he said, “to have more doors to sell our products”.

This land is his livelihood and – with the support of POST – he’s able to make smart investments for his future. Next spring Jose plans to open a farm stand and u-pick operation – two additions he‘s confident will help further strengthen his growing business.

At the end of our conversation, I mentioned to Jose how impressed I was with his story and the success he has achieved as a first-generation Mexican-American. Jose’s response was simple and to-the-point, “The only thing I ask is opportunity”. 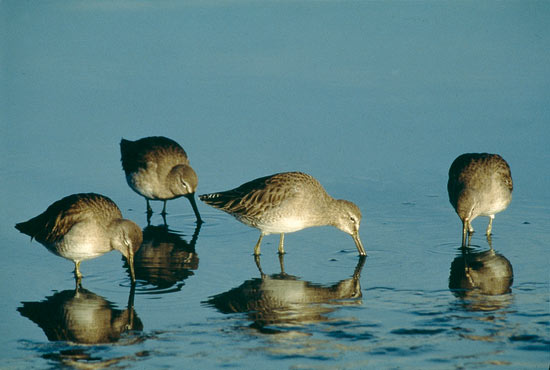 A Day in the Life of A Farmer

A Gift for Future Generations